We ain't just talking about the website here. Jesus told us about the poor, but it might be good for us all to realize that, yes, the stupid we will always have with us, too. 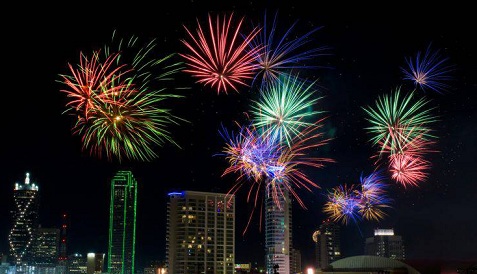 In Peak Stupidity's 1,000th post, written late March of '19, we celebrated a bit, discussed a little bit about the mascot, Alfred E. Newman up there (with help from a commenter), and had a nice "print-out" of the frequency of posts with the various topic keys. That would. have been nice to do again, but I'm not in a position right now to do it. That might be nice for a short post to come soon.

That 1,000th post was before the inundation of the Kung Flu stupidity, now appearing in its third season. If not a new flavor entirely, the Kung Flu stupidity is a mix of existing stupidities, in a new recipe, if you will. It has been a big boon to the stupidity documentation process, as we are all right in the midst of this, and ought to have plenty to hate about it.

Our site was not around at the time of the big Jan 1, 2001 Millennial, of course, as we started publishing the site in late November of '16. Thinking back on the state of our country at the start of the calendar's 3rd Millennial, I gotta say that "I didn't see it all coming!" There will be a time for TBTMNBR (The Book That Must Not Be Reviewed - 2, really: Generations and The Fourth Turning - only dubbed this because I never seem to get around to it!), but when I read one of them in 1997, I scoffed at any idea that America was heading into an "unravelling" phase. Granted, I was much younger that the authors, William Strauss and Neil Howe. However, the dot.com 1.0 period was just cranking up, the Chinese economy was still only a small fraction of the size of America's, and yeah, I was younger then and couldn't see the big picture.

I did already know that our ever-encroaching government and Police State were not going to be stopped - see When did the Feral Government get OUT OF CONTROL?. I put the date of my realization on that at 1995.

So, things did not look so bad for the country at THE Millennial, but from 20 years later, we see that the 3rd Millennial has not been kind to America. Just to see how far things have gone, look at this bar graph from some polling**:

We're going to write more about this graph (and link to more about it) in a coming post. This is just shown here and now to illustrate how divided America is, 20 years into its 3rd Millennial. Peak Stupidity, starting its 3rd Millennial, is sure to have plenty to write about, right now running at an average rate of 425 pieces of stupidity yearly. We don't see this abating anytime in the near future.

** The reader is likely well aware that I don't put much stock in polls, especially after having been a pollee at the end of last year. However, if these results shown come from the answers of simple and straightforward questions, such as the expected "which of these is your most important concern?", this is data I might put some stock in.

The blog is long gone, but there’s still this ...

PCS, a Lambda variant sounds like another AIDS or something. I've written that if it comes to the Tri-Delta variant, I'm gonna be pretty sure it's just a glorified version of the clap. ;-}
Moderator
PS: Adam, thanks again for the book links. I had "Generations" taken out from the 'brary till recently. I just returned it. I will probably write that review from memory.

Regarding the samizdata, I suppose it is pretty easy to pop up again somewhere, but it's the audience/readers who have to be more savvy too. I still know lots of people who punch in, say "Rock Auto" into google for rockauto.com every time, instead of just saving the URL as a favorite, or even, GASP!, memorizing the simple ones. As I've written to people regarding "The Unz Review", that URL is basically one 3-letter word to memorize. It ain't rocket surgery, but for that group that uses the search engines for everything, using the TECH Totalitarianist of them all, google, to boot, won't find their political news so easy, as if it is really gone from the web.
Moderator
PS: Alarmist, yeah, I'm no early adopter, that's for sure. When I first read Instapundit, I'd already had a political bent for years, so I should have started blogging then about 20 years back. I don't think I'd want to be on youtube - for one thing anonymity is hard to keep, and I'd like to for now. Then, twitter? I agree with you. Also, I STILL can't tell who's writing to whom half the time.

It's harder to shut me down this way, were it ever to come to anyone big caring. "They" have been known to get to the DNS server level with cancelings, from what I've read.

Can you give us that handle that got shadow-banned or tell us in what way you may have pissed them off?
Pointy Clown Shoes
PS The final variant is communism.

A few weeks back I joked about a Lambda variant and guess what the newest gain of function Frauci labs creation is called.
A techno band will be playing the Lambda at the Hotel Coral Essex. (Revenge of the Nerds)
Farce, satire, history repeats due to stupidity, on and on.
BC
PS 2001 posts is quite an accomplishment. Damned good stuff, too. Good job!
Adam Smith
PS: Greetings and salutations everyone...

While I do not have a copy of Generations or Millennials Rising, I did find several copies of The Fourth Turning...

(As usual, the .jpg is a .zip file containing all three formats.)

And, because Mr. Blanc mentioned it...

(Just in case anyone would like to read it.)

Mr. Alarmist, do you have a url for your blog?

As TPTB continue to play whack-a-mole we may have to utilize novel forms of digital samizdat to keep us all connected.

I used to blog in the pre-Twatter days, but the audience dropped off as tl;dr took root in the culture, so I pretty much stopped. Twatter is a sewer, so I never really got into it; though I did it for a while, I was one of the early shadow-banned, under a very surprising handle that seemed to irk the Obama Whitehouse. Lately, as social media continues to be further locked down, I wonder if there might be a resurgence of actual blogging, with blog rolls and blog rings to keep us all connected as TPTB try to play whach-a-mole with us. I’ve wasted half a million words in more than 10k comments on UR, and more than a few here, so maybe I need to again channel my inner author.

All the best for the next millenium.