No, unfortunately, these aren't the ones wearing those oversized suits and shaking around like maniacs to the excellent bass guitar of Tina Weymouth. 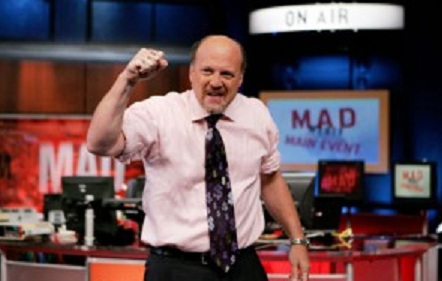 The first part of this post is really the last part of Wednesday's quick post Lady Madonna, doggie at your breast.. I really had meant to make this point there, but it's too late, so this will be the 2nd half of that and yet another post taken from that less than 1/2 hour* time spent in front of the boob tube.

Through no choice of my own, I was listening to a 20 y/o and an ~ 55 y/o, people I was forced to be in the presence of for about 15 minutes. The talk was so damned inane that I reached for some foam earplugs (I was behind them both, so I hoped they wouldn't notice.) Unfortunately, I had just one, and it was pretty waxed up from before, kinda nasty, so I had to listen. There was just no value in the conversation at all. It was one piece of phrasing taken from advertising or some celebrity after another. There's no use in even trying to recall the stupid back-and-forth of this "conversation", but a thought came to me very clearly. I can tell people who spend a lot of time in front of the TV.

I was dumber from having been there, and the first thing I did that afternoon was to get ahold of couple of new pairs of foam ear plugs. Yes, I got 'em in my jacket pocket.

Now, just after that time at the gym, I wrote down another piece of stupidity before I would forget about it. This one is the new style of TV news, sports, etc. reporting, in which the talking heads don't just talk but walk around too. I put that old financial dufus Jim Cramer at the top, because, I gotta admit, I had no idea who the new people I had seen were, in order to look them up for images. He'll do, though, as an example, as I remember his pacing around the stage, ranting about why I should buy this and sell that. (I didn't buy or sell Jack Squat, of course.)

The lady sportscaster was moving around the stage, pointing at this screen here, going over to this other one where another play was being shown, back over to sit on a stool and tell us something else... Oh, well, first "lady sportscaster"? What is THAT crap? Anyway, she was making me nervous with all that jumping around. It's bad enough I had to hear from (and look at due to it being right above me) one TV. Then, they've got many many TV's on the TV!**

It's of course not just this one lady. It's the same for regular news lots of the time, and I don't know if that Crazy Jim Cramer is still on. This is the way now. I don't like it. I remember when you had the one White guy, sometimes helped out by a Connie Chung, just sitting on his ass and calmly reading out the lies to us. Yeah, it was a lot of lies (of omission, perspective, etc.), but at least they were calm about it. Hey, "newscasters", sit the hell down! Slow down! Calm down!

My idea for a channel I might not even mind being played at the gym: NOP-TV - Newsmen On Prozac.

* I'm just admitting that this cardio workout was under 1/2 hour and would be, TV on or not. I go hard at it though.

** I know, they're called monitors now.

The way the EU is going, refugee status will not be much of a stretch, but the Hijab, or even a Burka, would be a nice touch. I can try to pass as one of those blondish Afghan warlord types.

Mr. Alarmist, looks like you'll have to walk across the border like a Guatemalan.
Maybe you can catch a flight to Freeport and take a raft or something...

The Presidential Proclamation and CDC’s Order have no effect on several non-U.S. citizens, including:

If your wife wraps herself in a hijab and tells the customs people that she's a Tanzanian Albino, maybe they'll grant her asylum?

☮
Moderator
PS: Yeah, Alarmist, I understand. I just figured since Big Biz is feeling the pressure maybe some would be brought to bear against customs/immigration and on to the Administration. However, I don't know how much leverage just hold-out Euro visitors have.

BTW, that makes me wonder about the Chinese visitors and visitor-illegal-aliens that are arriving now. They take a different sort of vaccine. I'm gonna ask my source what the story is now on that.

It'd be great if Mr. Ganderson would give us some information on this, if he has any, via his son over there.
The Alarmist
PS

It isn’t biz doing this ... the current Presidential Proclamation requires jabs for foreigners to enter the US, unless they enter illegally.
Hail
PS

Jim Cramer looks like Lenin.
Moderator
PS: Alarmist, I have a feeling the restraints on your wife's travel to Florida will lighten up. The 2 Big Biz entities we are dealing with in my family have both backed down somewhat in the last week or two. It's because of court cases and non-compliance. Those are good things, but I wish it were due more to Americans out in the streets raising holy hell, possibly with those pitchforks, torches, and guillotines.
Moderator
PS: I thank you for the update on Mad Money Jim Cramer, Adam. I remember watching his show because roommates had it on during the dot-com 1.0 times, around '98-'99. That's about the last I'd seen of him. What a douche. In your excerpt he fancies himself a student of the US Constitution. He missed Amend X, first of all. "Have the military run it." Yeah, that's Constitutional as all hell. There is no provision for a "mandate" for any freaking thing in the US Constitution.

Yes, he is truly mad, in the English sense, and maybe the American sense too. Imagine how relaxing it is to have not seen or heard this guy in 22 years.

How’d that position in Bear Stearns work out for ya, Cramer?

Yeah, like we should be getting publich health policy advice from a guy whose most intelligent utterance is “boo-yah!”

I’m sitting in the EU with leaders seriously considering this despite the Nuremburg Code implications, and I cannot now bring my wife to The Land of the Free™️ unless she takes a Satanic Stab before arriving ... unless we go to Mexico and walk across the border anywhere except a legal port of entry, in which case she must be stabbed.

That’s the world they’re building for us. However, the real news about the stabs is starting to get out, so we might be near the point where the peasants take to the streets with pitchforks, torches, and guillotines.
Adam Smith
PS: Good morning...

“I don't know if that Crazy Jim Cramer is still on...”
Well, apparently he is and he's Crazy as ever...

“You ended your show Monday by imploring President Brandon to implement a nationwide vaccine mandate. Is that even possible with the lack of cooperation from the courts and certain state and local governments?

JC: The only reason why you can't do it is because he doesn't have the guts, because Eisenhower did it [with polio] and Eisenhower did it point blank – said you had to do it, required it. There's a requirement to get a meningitis shot before you go to college. There's a requirement to get smallpox. There's requirements all over the place and you either lead by requiring or you let the craziness that we have now. And I think for the the greater good of this country, I really think that there should just be a guy with guts in the White House who says this is not a state-by-state issue. And so far, every time I've said that, people tell me you can't and I push back and say, Oh, really? Where does it say in the Constitution that you can't?”

“Jim Cramer really wants you to get a vaccine, if you haven't already, and says the U.S. military should be used to help get everyone vaccinated.

The Wall Street veteran says it's "psychotic" that we allow people to "lawfully walk around unvaccinated," and he says he supports a universal vaccine requirement.

"Have the military run it," he said on his Mad Money show on CNBC. The 66-year-old television personality says that the U.S. should "wage war" on the coronavirus.”

“CNBC host Jim Cramer expressed outrage at Americans who have refused to get vaccinated against the coronavirus and suggested the White House consider creating a universal vaccine mandate for all people in the United States.

"So it's time to admit that we have to go to war against COVID," Cramer said on his long-running business program "Mad Money" on Monday. "Require vaccination universally. Have the military run it. If you don't want to get vaccinated, you better be ready to prove your conscientious objector status in court."”

It's so obvious that the poison needle spreads disease that even the Lancet has noticed...

Jim Cramer is an idiot.

Ideal channel for the gym might be nothing but cat videos for cardio and monster trucks for strength training.