How much gold is a "big find"?

ZeroHedge reports "Chinese Gold Miner Claims Discovery Of Largest Ever Gold Mine". This find in China's Shandong province in eastern China could be up to 550 tons. How much is this really, and what does a find like this mean? Keep in mind that it is not 550 tons of extra "free gold" for the taking - it takes energy to get the small fraction of gold out of the ore.

[ Gold mine in your Dreams / Modern-day Gold Mine ]

According to a Tuesday statement that cited the company on sdchina.com, the Xiling mine in Shandong province told local authorities it had found 382.58 tons of gold reserves and that the volume could reach more than 550 tons once exploration is completed in two years. According to local media reports, the Xiling gold seam in eastern China is more than 2,000 meters long and 67 meters wide; operating at full capacity, the mine would have a life of 40 years, according to the statement.

That's a lot of money for an individual, but not compared to the spending of the US, and even the Chinese gov't spending (China's gov't, being even more Communist than ours, if that's possible, has budgets close to the same order of magnitude, let's say about 1/2 based on a quick search - 2 Trillion in US dollars). That makes the gold find only 1/100 of the yearly budget, or 3 - 4 days' spending. The idea of gold reserves is to back-up, so to speak, a country's currency with enough gold so that enough people could be made whole were the currency to dive that the currency could be supported. The old number in the US was 10%, but lets use even 5%. That means that this new gold could back-up the money spent in a couple of months of ChiCom gov't spending.

Usually the reserves are thought of as backing the country's money supply - the actual physical and the digital currency supposedly "owned" by all people and corporations. Forgive me if this is not the exact definition, but there are also multiple stages of inclusion in "the money supply". I just compared it to the yearly budget, at 5% backing, just to give an idea of how little the gold is officially worth vs. the huge amount of official money being spent. It is the same situation in this country, but note:


Chinese gold companies have been stepping up their search for domestic deposits and eyeing acquisitions as the nation seeks to increase reserves by 3,000 tons to as much as 14,000 tons by 2020, the Ministry of Industry and Information Technology said last month. That amount of holdings would propel China into first place globally for official gold reserves.

Instead of the continual bad-mouthing of gold by our moneymen and moneybroads in our moneymaking palace called the "Federal Reserve", the Chinese gov't at least has some knowledge of what is real money, even though they make efforts to make it hard for individuals to get this real money. They want to bring reserves up to 14,000 tons, it says above, while our 8,000 tons that are thought to be in Ft. Knox, Kentucky, have not been seen by auditors since the 1950's or so. I guess it's still there.

I don't think believers in precious metals as the only real money have much to worry about with respect to finds like this one in China. It'd be time to worry if they are able to drag down one of these bad boys and get to the (hopefully not fool's) gold embedded therein: 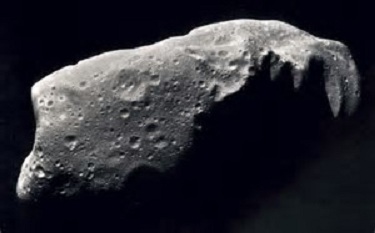 Moderator
I read the article of your last link, HM. I agree with everything until his solution. Single payer means government control - that means plenty of chances for abuse and arbitrary pricing.

The free market is the only solution.
Heidi's Master
another.

Phone hasn't worked yet here at our destination. Got out just before the wx. crossed our departure point, and got in here only about an hour before it's coming here along the coast.

https://www.salon.com/2015/09/29/robert_reich_theres_no_such_thing_as_a_free_market_partner/
Moderator
Gonna have to be a hiatus until at least Thursday eve. for business reasons.