They called it Paradise 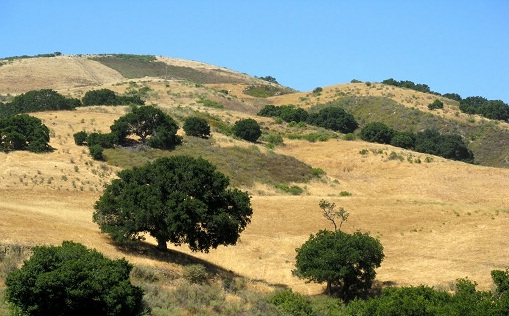 (The golden hills of California look better green, in the spring time, after the rains. They look golden when dry in the summer.)

"... I don't know why, you call some place Paradise, then kiss it goodbye..." sang Don Henley of The Eagles, the quintessential California band on "The Last Resort". Peak Stupidity could post hundreds of songs about California here, but one could not go wrong with The Eagles' "Take it Easy" or "Peaceful Easy Feeling" "I wanna sleep with you in the desert tonight with a billion stars all around..." These songs and many others evoke images of an amazing place and time that may never be seen again in this world. That's what makes this a sad post.

One doesn't have to be very old to remember a time when he had a friend that "made up my mind, I'm gonna make a new start, going to California with an aching in my heart." "Someone told me there's a girl out there with love in her eyes and flowers in her hair." Whether it was work, the wife, the climate, or the whole rat race that wasn't working out, things were going to be different and better out there, where one could leave the old ways behind and start a new life in an environment that couldn't be more beautiful. It usually did work out better. I doubt many people regretted it and wanted to move "back East". This was a place where people a little bit different would not be bothered about it. There was not the family and friends around with the discouraging words about one's new weird habits or lifestyle. There was so much freedom, but no, you wouldn't get tired of it!

Maybe your sister ended up running an incense shop or massage therapy office in Mendocino County, or your friend ended up living on his sailboat in the LA marina running his software company, or this scientist type has a lab in an old railroad caboose deep in the canyon (yes, true). Even if one didn't even visit the state, if was still nice knowing "hey, if this doesn't work out, I'm gonna just drop it all and head out West - my friend can put me up in his place in San-Something-Or-Other." People now may sometimes play the game of what would be the best time and place in all history to have lived - a very good answer, as a friend came up with, was 1950's in Southern California.

The thing is, whatever wacky lifestyles people wanted to lead in the golden state, the economy was so strong that many who were "doing their own thing" in a not super-productive manner, could still be easily supported by the large middle-class living good lives themselves. The aerospace industry in Los Angeles (what is it now, just down to one big company?), with Lockheed, North American, Douglas (before McDonnell, making commercial airliners), Rockwell, Northrup, Hughes, and all of them, the Movie Industry there too (before it was just a big propaganda mill), and the huge San Joaquin/Sacramento river valley with the best farmland, growing vegetables for the nation (thanks to visionaries that engineered the irrigation system), all contributed greatly.

Even those living a normal lifestyle, not so different from those "back East" still had this 150,000 mi2 playground of a state with an ecosystem for everyone. Beaches, mountains, low desert, coast ranges with rocky cliffs by the sea, redwood forests - snow skiing, rock climbing, surfing.... one could camp out in a different environment every weekend for life.

"What have you done to our fair sister?!." said Jim Morrison, a Californian from way back. When did this all get destroyed, and who caused the destruction of this great land? "When" is easy - arguably from the late 1970's to the mid 1990's is when one could say about the magic of California - "It's all over ..." (same guy).

The ideas put out there over the years by the new culture in "the land of fruits and nuts" weren't all bad. The care for the environment, though nothing new (see John Muir), was good for this most beautiful of lands, but most of the wacky left-wing ideas just couldn't work out well in the long run. It's easy to spend taxpayers' money for all the crazy pet projects to experiment with the new ways, when the middle class is most of the population, and is working good, productive jobs. However, the environmentalism became stifling, hurting this goose that kept laying the golden eggs, and sending her flying off to Washington, Arizona, or Idaho. Even more crazy was the idea that an unlimited amount of unskilled people could come in with no controls to double the population over a few decades. (It is, in fact, quite the contradiction with the ideas of environmentalism even, but let's not talk about that!)

The people that built up the great land in California are being both augmented and replaced by people from Latin America and elsewhere around the world to where this is California: 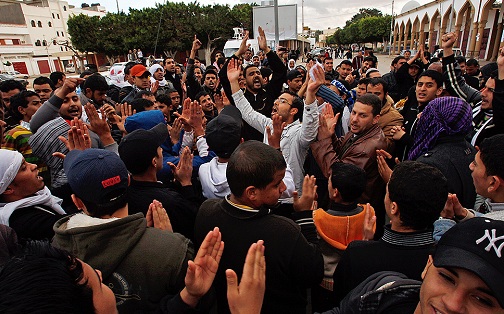 
Even if you are OK with replacing the people who are part of what made California California, what about the beautiful land? You've got twice as many people, trying to live on the limited water that prevents much the place from being desert. For any environmental problem, 2 x the people = 2 x the problem with other variables held equal. However, do you think that the people that were imported have the same ideas about the environment as Joni Mitchell or any of the white free-thinkers that loved the place? Will it be taken care of the same way? Not a-gonna happen. Even without this change in the population, though, the socialist left has ruined the economy so much that there are so many more poor people, and when things get bad, the environment is the first thing to go.

It's just a faded dream now, this promised land of California. Way back though, I was up in the golden hills in the warm dry summer air, right by a big "C" fixed to the hillside, for the University of California, looking at the cumulus clouds float in from the San Francisco bay, with the Golden Gate looking just like a Grateful Dead album cover ...

... I was only alone because the tie-died Dead Heads had been moved off the hillside by the law - worried about an accidental brush fire. They didn't see me. I laid back in the tall dry grass, and I heard The Dead start the show from down below on the campus. It's all just no more. Listen to how it was:

"California, preaching on the burning shore
California, I'll be knocking on the golden door
Like an angel, standing in a shaft of light
Rising up to paradise, I know I'm gonna shine."


Moderator
PS: Colin, or anyone else for that matter, sorry for the very late reply. Sometimes I don't check comments on older posts - need to write a quick "tool" for that when I revamp the software.

Yes, you are right - that water goes to Southern Cal. Though the water all originally comes from the Sierra's, of course, it's via the Sacramento and San Joaquin river systems from the west slope that supply the Central Valley and from the aquifers. It's Hetch Hetchy that quenches the Bay Area, as I recall.

Thanks for the correction.
Colin Wright
PS '...and the huge San Joaquin/Sacramento river valley with the best farmland, growing vegetables for the nation (thanks to visionaries that engineered the irrigation system with water from the other side of the Sierra Nevada mountains!)'

You would seem to be thinking of the Owens River aqueduct. That sent water to Los Angeles, not the San Joaquin/Sacramento River Valley.

Good piece otherwise. My family moved to California in 1864. I finally left six years ago.
Moderator
PS - BTW, Mr. Tea thank you very much for reading and writing in!
Moderator
PS - It's for the fish, huh? Fish over people. One wonders, upon reading the pretty-fair article, whether Mr. Van Elderen of Yosemite Farm Credit, or the elder Van Eldersens, were partly responsible for the 39 million population due to pushes for more illegal aliens to keep labor costs down.

Maybe you'd know the answer to that, Mr. Tea. Modesto used to be a small town, and Lodi too, per CCR.
MrTea
PS
The psychocrats are getting ready to kill off half the agriculture in the northern San Joaquin valley

even as they crusade for completely uncontrolled immigration

The primary socioeconomic indicator of the valley in endemic double-digit unemployment combined with low educational attainment--but the region is being treated like a sump for the rest of the state). Meanwhile it hosts some of the highest teen pregnancy rates in the nation, which are going up against the national trend.
Moderator
You too, Buck. I appreciate your good comments. I just came to stick on a pic I had of the "Dead Set" album cover. NYC on the left, and San Francisco on the right. The skeleton guy was viewing the city from the Marin County side to the North, it looks like.

I hope you had a good holiday too.
Buck Turgidson
California was sacrificed on the altar of cheap labor, democrat/communist party votes, multiculturalism, and white guilt. Talk about peak stupidity. Truly an example of the weak, pathetic "leadership" we have been laboring under for decades.