We're giving it all away - it's not just money 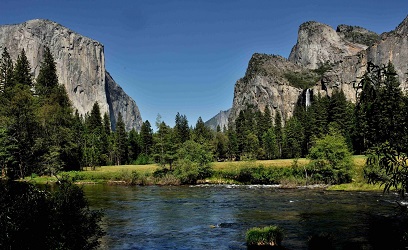 Peak stupidity left off yesterday on this subject with talk about Chna and the trade deficit. I'll get to the real point of this soon enough, in the usual Peak Stupidity fashion. The financial aspect of the "ruin" in our nation is just one part of it, but it is what Adam Smith was referring to and is the most visible and easy to measure. A nation's internal wealth, measured in money, land and other real assets, and the rate at which it is increasing (or NOT) is the big thing. As described in the previous post, (and lots of others with the "Global Financial Stupidity" topic key) the rise of Big Government, the Welfare State, and the massive immigration invasion have made impossible the old dream of an automated low-density, intellectually-oriented society, as read in science fiction years ago.

The tremendous monetary wealth of the United States is being slowly squandered via the trade deficit, and, no matter what people may try to do to stop it, money talks. This is the 1st of various types of "wealth" we are pissing away, so it'll be number 1 here:

1) Monetary and asset wealth - Yes, just on paper we are giving away the country. We still have our land and our towns and our cities, right? Well, OK, to take the last one first, I'm not even sure we could GIVE AWAY some of our cities, as ruined as they have become. We may even have to pay - "Here, Chairman Xi, we will give you Detroit, Baltimore, 1/2 of Chicago, and 18 other medium sized cities AND this nice sum of 1 Billion Yuan... yes, seriously, ... all we ask is that we can leave under our own terms (in armored vehicles) and not be sued. Here are the leins on our municipal bonds, I mean, KEYS to the city!. Enjoy." Back to the rest of it, no, we can't necessarily hold ownership of all our land, our factories (what's left), and the buildings and structures. Who says we can, some law that may be passed? It doesn't work like that - money talks. One can refuse to sell, but ownership of the means of production (no, we are not Commies here, but that phrase fits) goes to the guys who can pay to own it, period. Do a thought experiment about this, as I can't really lay it all out in this post, unfortunately.

2) The "Human Capital" - This is a type of wealth tied up in the knowledge and abiltity of the people. An example of this at the corporate level is very specific but not-documentable knowledge about airplane design by Boeing engineers. After a long hiatus in new production, hence engineer-hiring, lots of human capital can be lost there. There are important things that are passed along just via the old guys hanging with the new guys. Peak Stupidity here, and here. With American manufacturing jobs being few and far between lots of know-how is being lost - that is lost wealth too.

3) The Universities - One of the good sources of innovation and also formerly good things in general for the culture of society are being ruined fairly rapidly (at least lately). It is not just the humanities, which have been going down hill for many decades already. Yes, humanities have been on a long slide in quality of education due in part to the lack of good white collar jobs. In the past, whether one's Literature of the Zulu click-talking hut-dwellers degree, with a minor in Wymny's Gynecological Psychology may not have been specifically useful ("You might not get to use all you learned on the job, mmmkay?"), a college degree meant one could read well, and write well and have some decent reasoning skills. That was usually what was needed for the job "Who will miss the humanities?", an engineer may say, but truly it is a good thing to have people that seek truth in history and literature, as they did in the past.

Then, even in the Sciences, Math, and Engineering, things are going downhill. This is from personal observation. The kids just want to learn how to use this piece of this software and this other. Most do not want the complete understanding of their subjects. This may work in the modern world, but it won't when the SHTF.

We have written about this before, the long-term ruination of the Universities. The reputation is still there somewhat, so it's slightly different from just seeing monetary numbers go into the red. Still, this form of wealth in these institutions are being squandered

4) The Education of our Kids - This type of wealth creation should be on-going; the young ones should be given thinking skills and knowledge to complement what their parents can teach them. We all know this has been going down hill due to the left having taken over the schools in many ways for years now. It's the requirement of less-than-worthless (but nevertheless very costly) Masters degrees in "Education", the creation of an almost all-female teaching staff, and the other PC mumbo-jumbo and busywork that make school teaching a hell compared to 40 years ago at all levels.

In this area, the wealth in the form of young people's wisdom and knowledge base is being dissipated at the schools as opposed to generated. Most parents know that they must teach their kids in order to COUNTERACT what goes on for 7 hours each weekday rather than to SUPPLEMENT it.

5) Government(s) - The big one here is the huge Feral Beast based in the Washington FS, with branch tentacle offices all over. Peak Stupidity has not been too remiss in documenting some of this with the US Feral Government topic key, but one can't be remiss enough. Some of our thoughts on the Feral Beast are spread out under other topic keys, due to this Government being spread out all over itself.


This squandering of wealth can be seen all over America. It's not just the trashed out inner cities. Because of the lack of productivie activity available in small towns, it is easy to see the slow ruin. Hell, we've go the internet now, if our memories don't serve us in this regard. The bright future forseen in the old Sci-Fy books has only 1/2 way come true, and that is the automation aspect, as accelerated via digital electronics. It has gone much further than any of those guys I read would have thought - they were 100 to 500 years off in their predictions! However, the other 1/2 of the future, the type and magnitude of the population was set on the wrong path around the time these guys were writing their books. How were they to know?

I read a comment on another blog about the movie Idiocracy (Great movie by Mike Judge and very funny!). The guy said that this movie wasn't very realistic in that all the systems allowing people to live in that 500 years-from-now future wouldn't be working, as well to spoil it just a tad, people were not very bright anymore. To me, this just brings up Adam Smith - "There's a lot of ruin in a nation". Things may keep going a long time while slowly falling apart. You may pull up the blinds and see this, sooner than 500 years from now, I bet: