Nice and Stupid DO NOT MIX, people! 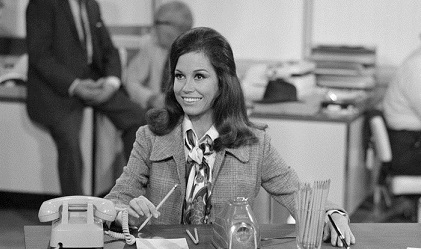 I'm gonna link to a story in a few paragraphs that is just another pallet in a 90-boxcar freight train-load of immigration stupidity. The Peak Stupidity blog could expound on immigration stupidity day-in-day-out, but we would like to keep abreast of many areas of stupidity in order to stay relevant and keep the resume polished for the nice HR ladies

Speaking of nice, that is leading to the story here. In the upper Midwest portion of the US, say, Iowa, Wisconsin, Minnesota, and the Dakotas, you have your people that are just known to be very nice. The phrase is "Minnesota nice", even, up in that state. The people who settled these lands 150 - 100 years back were Germans, and Scandinavians, for the most part. I'm not sure (topic for another post?) where exactly came from, but the attitude of agreeableness and helpfulness with the nice smiles and "you betcha"'s can still be noticed if one visits from elsewhere. It's got it's pros and cons. People are ready to get along, but it doesn't seem like they would be ready to question authority and to stand up for themselves like the Scots-Irish, say, in the Appalachian regions and (what was the) West way back, Kentucky and Tennessee. You wouldn't see the clannishness and violence that you see in the Scot-Irish. That was, in fact, part of what made the movie, Fargo so funny, at least the first time. Even with the kidnappings and all (a big part of lots of Coen Brothers movies), everyone is just so calm and quiet-talking, with that hilarious midwest accent, with no yelling, threats, or violence, ... well, yeah ... there is that wood-chipper scene...

The Americans up there would just like to all get along and be agreeable. Don't fight the authorities. If the nice people from the Feral Government and our own local Lutheran Churches say they are bringing some nice people from Somalia into our town, well, we'll help them with a bake sale. They will fit in fine just like Rhoda over there in Mary Tyler Moore Richards house, and she was from New York City, dontcha' know! We will all get along once they learn to use the bathroom in the new bathrooms that our Welcome Club refurbished and eventually quit cooking over open fires on the linoleum in the kitchen. We'll take them to the smorgasbord, introduce them to ice fishing, and pretty soon they will be good, nice members of our community ... yah, you betcha'.

Well don't bet TOO much, nice Minnesota bitchez, cause this deal ain't working out like you planned, or I should say, "should have planned, or at least freakin' thought about for a bit!". Finally we get to the link to this story Millions of dollars in suitcases fly out of MSP, but why?. Even though from the Fox branch-office of the Lyin' Press, this one is worth reading*. You socialist-leaning Minnesotans like to spread the money around to the downtrodden via your governments' confiscation of people's incomes, huh? Got some of your taxpayers' money going to free daycare** for "THE CHILDREN", do ya? When you import large crowds of people who are not as nice as you, you find out you're being scammed oftentimes by the Somalian daycare-center owners. Oh my goodness, why, this shouldn't happen!

It's not just that they don't fit in. The Islam, the chaos, and the corruption that exists in their old country Somalia can't be taken out of the Somalians just because you've been so nice to them, just as your pleasantness and work ethic wasn't taken out of you Scandinavians when your people came to Minnesota > 100 years back. Wouldn't that be obvious? I guess not, if you are just too nice to want to think about it, and heavens-to-Betsy, say something about it out loud. Oh, heavens no!

They're going to just keep being nice up there and saying nice things until they're broke and it kills them. Well, I mean it's a whole lot better than raising hell, and, my Gosh, being called all sorts of names!

Your niceness, combined with utter ignorant stupidity, has been a really bad deal for the formerly nice city of Minneapolis, and other areas of Minnesota.

*I want to state categorically that Peak Stupidity has no problem with the Cash is King aspect of this story, as we are nothing if not liberty-loving and Libertarian. In addition, for the same reason, government-provided day-care in ANY way, shape or form - WE'RE AGIN' IT!

** Just another way to ruin the family, and ya gotta get both parents out of the house to be good socialist worker-bees, doncha' know?

Buck Turgidson
PS Minnesotans probably are the nation's most gullible stupid PC do-gooder morons.
Moderator
PS Would you mind telling me where you headed to that you reckon is better, Gracebear? (Just within a 200 mile radius, to give me an idea.)

Thanks for the comment.
Gracebear
PS Every word true from someone who lived in Minnesota for 79 years and finally moved out.