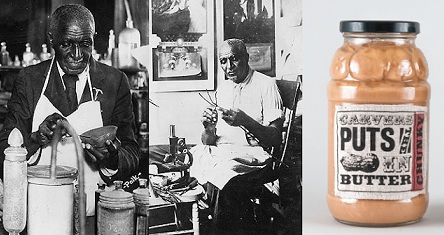 In our once-in-a-decade (we hope) criticism of the pundit Ann Coulter a couple of days back Peak Stupidity warned of a follow-up post on the lack of initiative of black society in America. I refer to Miss Coulter's rightful advocacy of freedom of association, last seen defended at a high political level in America by Mr. Barry Goldwater. He was the Republican candidate for president against the scumbag Lyndon Johnson, and what a contrast between views that was (another damn post coming!). Mr. Goldwater was against the "civil rights" (meaning "only black civil rights") legislation of that era on completely constitutional grounds, that of the right of association. Whether Barry Goldwater was bigoted or not (I doubt it), he rightly insisted that one had the right to be bigoted.

That brings me to the point of following up on the thoughts about Miss Coulter's article. Whites and blacks lived fairly separate lives back then, and whether that was a good or bad thing is not the issue. The civil rights laws were made to destroy any right of people and their businesses to discriminate among whomever they want to. Is discrimination always based on bigotry or hate for the other? No, sometimes there are damn good reasons - see public schooling as exhibit A. Even if the disrespect and prevention of commerce with other races/ethnicities is unwarranted and bigoted, people have every right to be this way. The way to fight it is to build your own businesses and institutions and get revenge via "living well", rather than bring the heavy hand of Feral Gov't down on everyone.

The welfare programs were the 2nd of this 1-2 punch. Just when you get your self-respect and get economically to a point resembling middle class, the Feral Government pulls you back down. Blacks are much bigger, PROPORTIONALLY* users of welfare, and this Socialism does nothing but kill the initiative of a population. Black have been, since "Great Society", the proportionally biggest welfare recipients due to the fact that they have on average been the people with the fewest assets and lowest incomes. What has 50 years of other-people's-stuff done to change this?

I use the term welfare to include a lot of things given at the expense of the taxpayers, not just what's directly called welfare. The benefits collected from the taxpayers to be doled out to single mothers (the case for about 70% of black "families"), along with local-government extortion of money from whatever alleged fathers there are, is something I include.

This building of their own institutions by blacks is what civil rights, and during the same decade the "Great Society" welfare programs put the kibosh on. Things could have gone a different way. There are immigrant groups who came to America over the years who also were shunned or at least ignored at certain times and certain places. The Italians, Irish, Jews, and later on Vietnamese, etc. often were different from regular Americans (of the time) and were treated as such. Their attitude had them opening restaurants with their own ethnic food, supporting each other in business (not always a good thing, re, the Italian mob), and pulling themselves up economically. Could the black community have done the same without the interference of Fed-Gov? OK, there's no way many of them would have had families of 5 doctors like some Vietnamese people I know. There are inherent roadblocks to this sort of success just due to genetics. However, let's go back about 100 years then and explain WTF the peanuts up top have to do with this!

Long ago I read children's books, and one for 10-12 y/o's was a short biography of an American black man from ~ 100. years back named George Washington Carver. He was as much of a scientist as a black man could become in those days, and his science was the use of peanuts, peanutology, if you will. Peanut farming does seem to be a humble occupation, and that goes through the era of one President Jimmy Carter even. Mr. Carver developed ideas for the use of peanuts, and pretty much went nuts (pun accidental) with it, prompting the caption above from a different black guy, movie-Forest Gump's army buddy who knew 100's of ways to cook shrimp. (BTW, I don't keep track of actors, but was the chubby black guy the same as the Crying Game guy? Is there just one chubby, sensitive black guy that Hollywood has on-call 24/7?)

Back to George Washington Carver and other black leaders of a century back, my point is that these men (such as a man named Du Bois) wanted to lift up the black race in America. OK, that's the same as leaders now, but the methods differ drastically. 100 years ago, these men wanted black people to pull themselves up by their bootstraps and make their own way economically in America. The last half-century's purported black "leaders", the Jacksons, Sharptons and the like, are nothing but hustlers and want to screw "the man" out of more free stuff. (That's not to say most decent black people really see them as leaders, but others, including the Lyin' Press, do.). These new methods are, as we say, "unsound" or unsustainable.

From the last post again, let's say it is 1962 and you can't drink from this here water fountain - you've got to use that one over there. First thing is, learn to maintain your own water fountain! Why would you make it into an issue unless your water fountain is a piece of crap, because your people don't take care of it. I'm not just writing about water fountains here, people - it's a metaphor. If you were a black guy running a great restaurant or doing honest car mechanic work, even 60 years ago in the Deep South, you were gonna get customers. If there are people too bigoted to even go in, it's their losses. Got a problem with Jews and don't want to live or work around them, but ended up in NY City with a hankering for a good sandwich? I'm pretty sure you're not headed for Subway - maybe THE subway, to catch the Red #2 northbound to your favorite delicatessen, but not "Subway" the chain. Business is business, and you can't find the good stuff at Subway.

It'd be really great if the grievance mongers and whiners of all shades and stripes would spend some time thinking of ways to physically improve the world themselves, or at least getting some honest work to get ahead economically. Look up George Washington Carver sometime. Almost everyone likes peanut butter (perhaps because it reminds us of our time as children): 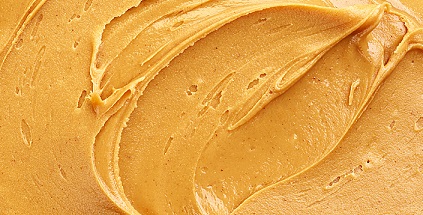 *I wrote "PROPORTIONALLY" in caps because I am tired of the BS line "no, whites get more welfare money than blacks!". Not, on a per capita basis, they don't. I don't want to see comments with this error... though I do like to see comments!

Moderator
PS - "Of course it was the issue,..." No, that shows some misunderstanding of the post, Mr. Corvinus. The way things are today, one would think separate was more peaceful - especially for whites.

"Because there is no such thing as unfettered freedom of association." I meant in a free country. Again, this is the point of the post, and to answer your last sentences, see my remarks about water fountains (a metaphor).

"Whites and blacks lived fairly separate lives back then, and whether that was a good or bad thing is not the issue."

Of course it was the issue, considering that Southrons couldn't even
adhere to the separate but equal mandate from the Plessy case. Moreover, there were legal and social penalties for white people to frequent black owned businesses or to date, mate, and procreate with black people.

"The civil rights laws were made to destroy any right of people and their businesses to discriminate among whomever they want to."

Because there is no such thing as unfettered freedom of association. Again, had Southrons simply made things equal but separate to begin with, then perhaps there would not have been the necessity to destroy Jim Crow.