Regarding the Commies - no concept of history and the Cold War

Another Commie Retard destroys another nation: 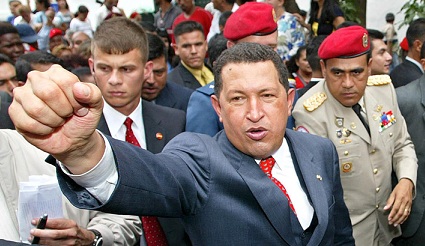 This time it was Venezuala taking the hit.


This post was quickly inadvertently inspired by a one-line comment in reply to my thoughts somewhere in unz.com comments. The article in question is not really important to these thoughts, as it seems to me that there are is a new breed of proto-Commies on-line now (hopefully they just stay in the basement). These are people have absolutely no sense of history and therefore not only hate America in every way, but have a nice soft spot in their hearts for Communism and the Commies of old. This is NOT to say that Peak Stupidity has any love for the US Feral Government of "the current era", but we do know the past, and we do still like Americans. Unz.com, a very open forum for ideas, has lots of these people writing articles - you can write back in argument, but you must remember that Communism is one of the more extreme forms of stupidity, and logic often makes no headway.

I guess this stupidity comes out due to the fact that the Cold War ended 30 years ago. That means anyway into politics, writing on blogs, etc. must be over 40 to have even rough memories of what the Cold War was about. It helps if they don't do much reading of history or talking to their elders (the hated "boomers"). Yeah, Vietnam was probably a big mistake, Korea possibly so, and the proxy wars in Central America and central Asia likely so too. However, let me put it this way: If America, meaning American soldiers, sailors, airman, and engineers/technicians had just folded and decided to let the Commies take the parts of the world they wanted, we'd all be in a world of hurt economically and what's left of our freedoms would be long ago forgotten. Worse yet, there'd probably be no getting out of it, with the whole world under one big totalitarian system (yes, indeed, "they" are working pretty hard on this now, but it's no done deal!)

Many of the details were not carried out well in the strategic defense of the 1st World against the Communists, and worse yet, the whole Deep State apparatus became much larger and more powerful in the 40-year Cold War era.

Simple observations of history can tell us, though, that there is no easy way back from Communism. The Peak Stupidity blog's features on recovery from Communism in Russia and China, the two largest samples in Communist experimentation ever seen, hint that maybe there is no real "coming back" from that shit. Communism can have an effect on a country like sexual molestation during childhood, in which the country, like the child, will never be the same again.

The commenter that inspired this post then, otherwise a pretty sensible guy, simply argued that sanctions against North Korea (and Venezuela as an alternate example) are the reasons these places stayed in poverty over the years! Ha, no sense of history, and no sense of understanding of the failings of "to each according to his needs, from each according to her ability" as an economic way of life, exist under this mindset. Sanctions! OK, well, yeah, you may have called it that, when for 40-odd years America didn't trade much besides grain with the USSR or about anything with Red China. We were enemies, dude! I suppose, yes, one could say, that America placed economic sanctions on Nazi Germany throughout the early 1940's. We would not sell Sherman tanks to them, nor crude oil, nor ball bearings. Scandalous, and that's probably why Hitler was mad at us too.

This is a failure to understand cause and effect. It's just one level of stupidity, and I'm not just tired of hearing about it, but I'm afraid this stuff is part of what leads to Commies Crawling out of the Woodwork every century or so.

Jimbo
PS - one more good one: