Most of the evidence posted just yesterday indicates that, yes, this is unfortunately the case, and this AntiChrist will be living amongst us for quite some time, till either the 7th seal is broken or we can ship that blithering idiot back to Kenya (whichever comes first).

However, "...the times-they-are-a-changin, so come all you deporables, bitter-clingers ...." wait, times are changing quickly, much faster than a dragged-out, drugged-out old Bob Dylan song. New evidence and analysis has come to light, loyal reader(s)!

1) It was just learned from a re-reading of the Book of Revelation (this time with the TV volume turned down) that there is no mention of multiple AntiChrists existing at the same time (it does talk about another Beast following the first one.)

2) The Polaroid snapshot (no developing required) displayed below has revealed what was until now only whispered about on facebook, chatrooms everywhere, and George Michael and Carrie Fisher fan zines and covered up by the CNN, MSNBC, ABC etc. fake news outlets. This is a big scoop, reader(s)! 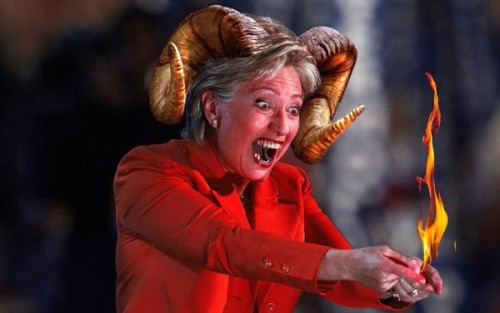 Peakstupidity sincerely regrets the error of commission and is hopeful that no inconvenience will result therefrom.

Moderator
PS - I was going by readings of Revelation.

I can check John later - which chapter:verse, Anne?
Anne
PS
1 John says there are many antichrists.
Moderator
PS

It's not coming through over the internet though. Can you add more details?
Pat Boyle
PS

This is a direct quote from a Mozart song. (Or was is Weber?)

I used to sing it.