Climate Changers ... checkin' out the rallies

While checking out pictures of "Climate Change" rallies for use in the previous post, I got on a roll and saved a bunch. The stupidity on display make these pictures indeed worth a thousand words apiece. I'll throw in a few words anyway, as this has gotten pretty fun. They'll be some different stuff from this Global Climate DisruptionTM stupidity next week, I promise. Stupidity waits for no man!


Yep, we paid you, and by God, you'll get out there and rally, sub-zero weather or not! Chant whatever you want - they'll buy it. 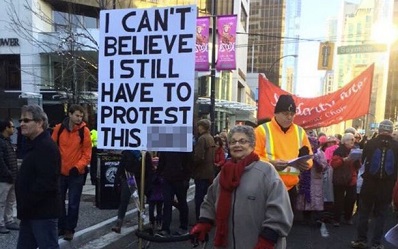 Wait, but, it's not a chemical process. There's no combustion of hydrocarbons or anything else, so Nukes are good, right? Plus we sequester some carbon in the control rods. It's a win/w... Hey, I'm here to protest, buddy, I don't need a lecture from some denier. Now, whine, follow, or get out of the way! 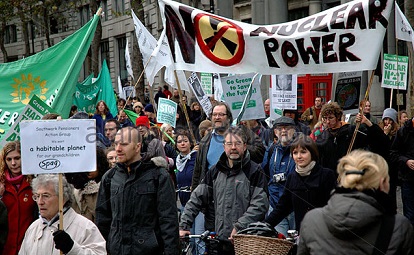 See that cutie on the bike. That's the ONLY reason that guy's out there. Could you think of some other way to get into her pants that won't KILL THE ECONOMY?

Let's see, Carbon's got an atomic weight of 12, so we need to take out all the neutrons, and 5 of the 6 protons. The electrons can go to hell. That'll leave us with ionic Hydrogen. What could go wrong? What? I was told to just chant "Hey, ho, hey, ho, molecules of carbon have got to go!" That's the chant, and that's what we're gonna yell!

I don't know about no mutherfucking molecules and shit! Screw the colonial white man. All these rich white bidnessmen. I came out here to get a on TV. 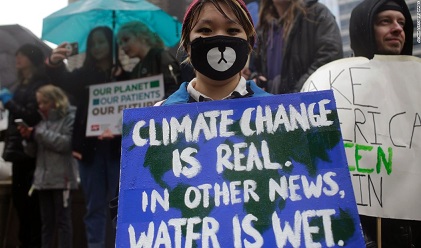 Who-hoo! My kind of people, these deniers are.

Can't have nukes or coal gasification, hydro is limited, just solar, huh? Much farmland around here being turned into huge fields of solar cells.

Do these buffoons stop for a moment to consider what they're demanding?