Even Down-Under, you can't say anything.

You can't say anything* anymore, apparently, as Michael Scott explains:

(That one is too hilarious to just put in the few seconds illustrating the slight problem with the English language on this fine point. I had to include up through the "that's what she said" part. Yes, it's my favorite TV show of all time.)

It has been brought to the attention of the Peak Stupidity blog, that you will get excoriated by just about all the damn politicians in your country for saying a simple term that is not particularly mean, crude or derogatory, oh, I mean if you live in a Western country. This was in Australia, way, way to the West, just south of the Orient (caution - bikini picture in link - not safe for surfing during a date!), in fact. A Senator Fraser Anning from Queensland, of the Australian Party* made a speech using the term "final solution". Hmmmm, let me write right away here (because the Lyin' Press won't even get me the simple quote easily) that Mr. Anning said, to paraphrase - the final solution to the immigration issue in Australian should be a vote by the people, a referendum, that is. THATS! ALL! THE! MAN! SAID! He got fired, even though his party head, a Mr. Bob Katter, was the only guy standing up for him against the PC hordes. But that was yesterday (or tomorrow in Australia, or whatever...) and Peak Stupidity had pulled out a 3 or 4 year-old New Years' resolution to start to Keep the Hell Up! 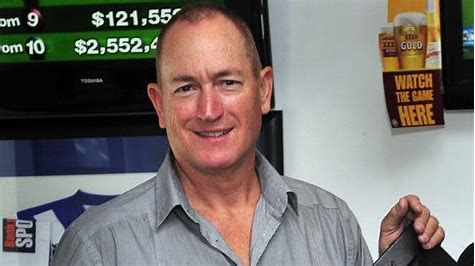 Now, quickly, before you condemn this blogger for the massive lyin' stupidity in the link to follow, let me tell you: I searched for 2 minutes, which is all I had time for, for a non-"mainstream" source, so I WOULDN'T get the lies. I clicked to this CompuServe** article thinking "hey, computer guys, and the story is in the entertainment section at that - it can't be too bad". Oh yeah, it is - read this to both raise your blood pressure, as some Peak Stupidity readers are known to have hypotension, and to see how the narrative is just pushed everywhere now. I can't even excerpt this one for facts, and had to paraphrase the damn quote from Mr. Anning! It's pretty ridiculous, the amount of lying that goes on.

Let me go back here... way on back... to 1940's Nazi Germany. Yes, there WERE millions of Jews murdered by people working for Adolf Hitler. He used the term "final solution" to refer to his program of extermination. It was too late for any better solution to be implemented, as Herr Hitler had absolute power over all the 3rd Reich at that time. This is why, no matter how it starts out, YOU! DON'T! LET! ANYONE! GET! ABSOLUTE! POWER! - SIMPLE! It was a terrible thing. However, one Pol Pot, only known about by probably 10% of Americans, and that's only do to the 1984 movie The Killing Fields, killed ONE THIRD of his countrymen in Cambodia, aka Kampuchea, aka Cambodia again. Pol Pot had absolute power. The Commies in Red China under Mao Zedong killed 30-40 million. Oh, true, most of that was from starvation due to programs to get farmers to quit farming and make steel at home (yeah, just like the internet advertises still today). Chairman Mao had absolute power. Unfortunately, those people are dead just the same. Then you had the Bolsheviks in Russia, aka USSR - that went on for multiple decades at various levels of murderous stupidity. OK, I know, the astute reader here gets it - I'll quit this rant and get back to the stupidity down-under.

"Final Solution", the term, may have left a very bad memory in 90 y/o people who had family and friends killed in Nazi Germany. However, they have not trademarked*** the otherwise perfectly-useful phrase. If I'm a math professor, and I have just finished a proof or an engineer who has finished a lot of work on a complicated analytical problem, can I not call my completed work my "final solution"? Senator Anning had no malice in the use of the term, as it makes perfect sense to call a referendum by the people the "final solution", kind of like BREXIT, uhhh, was supposed to be. This PC stupidity has gone so far, that almost all the politicians in the man's country have hounded him out of his office in about one Peak Stupidity news cycle - seriously, it was a day or so.

OK, nothing greasy in your stomach? I will excerpt something after all from the guys that used to sell us 4096 lighting-speed dial-up internet:

In one of the most divisive speeches seen in parliament since 1996 when far-right politician Pauline Hanson declared incorrectly that Australia was being swamped by Asians, Senator Fraser Anning on Tuesday called for a national vote on whether to ban Muslim migration.[My bold]

The lying is so blatant. Who says Miss Hanson's statement of 22 years back was incorrect? It turned out to be right, unless you get really technical - true, most of the Asian (all kinds) immigrants didn't move into the swamp, if that's what CompuServe means - these people are not stupid.

One more thing - whether the ex-Senator was lying in order to back-pedal (not necessarily the case) or not, he and his party boss stated that Mr. Anning didn't even know that horrific use of the term. It shouldn't freakin' matter though. We don't just prohibit use of perfectly fine English language because it freaks other people out! Fraser Anning must know that the ctrl-left would like to shut him and his party up on the immigration-invasion issue. From 2 days ago being a member-in-good-standing to this - he should have known "you can't say anything".

I wish one of these guys would stand up, well, for more than one day!

*Would it not be cool if America had an "American Party", you know, one party that is pro-Americans? Man, those people down-under are way ahead of us! Yeah, we tried with the Mr. Perot-inspired Reform Party, then the Tea Party (which didn't actually have anyone running for office under the name), but for now it's still the two squads of The Party up here, where the toilets flush CCW....

** Yeah, anyone remember CompuServe? I'd first worried a bit that the article would be in monochrome, green on black. It'd rather read truth in monochrome than lies in 256-bit color any day though.

*** I hope the reader understands that Peak Stupidity claims a trademark on "Global Climate Disruption(TM) only as a running joke. We don't have the money for that kind of thing, and we would really like the term to spread.

Moderator
PS - True dat, Bern Car. It be great if we could just laugh it off, but these people are out for all of us.

LOL at your second sentence ... well not literally.
BernCar
PS Honest to God, it's impossible to tell the so-called real news from parody anymore. And I literally mean that literally.