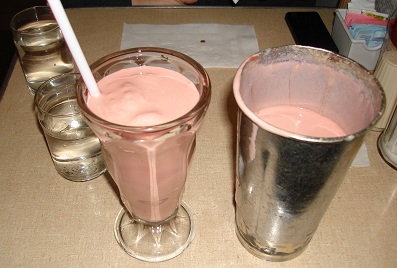 The use by Americans of so many plastic straws is said to be a problem. As Part 1 ended, we had calculated that no, plastic straws are no kind of serious problem for the environment. That was just a strawman. Are there people who want these useful enviro-idiots to do this campaigning and propagandizing against the poor straws? I only think of this now, because that's been the modus operandi for the ctrl-left and globalists behind lots of other supposed environmental crises in the past, with exhibit A (with a bullet) being the use of the Global Climate Stupidity to push for global control of energy use.

It was the efficient refrigerant Freon, or R-12, that was the big one during the 1980's. It supposedly was going to destroy a part of the atmosphere. We were apparently very lucky to have it phased-out through Feral Gov't coercion just in the nick of time for a new DuPont refrigerant, right after the patents for Freon expired. Wheeew, that was close. Lots of older car's air conditioning systems and home A/C units to this day cannot be repaired or charged up without a big-money conversion, making them now disposal, forcing the purchase of new units and cars. Great for the economy, it is - I mean, the Big-Biz economy, not your personal finances - nobody cares about that. Peak Stupidity has a post coming soon about CARB, the California Air Resources Board, which is responsible for lots of misery in American life - some of that is due to Big-Biz behind forced changes to products to force otherwise-unwanted purchases by the lowly consumer.

What's the deal behind this straw thing? I don't see some big ulterior motive, but I do believe that restaurants and fast-food joints will be glad to be FORCED into not having straws now. Sure, most of the local business owners do think it's stupid, and feel for customers who don't appreciate the stupidity. However, the corporate MBAs on Honchos will be glad to save the bucks on purchases and logistics. McDonalds and the like will have one less task for the overworked, undersmart folks behind the counter, and that will help the bottom line. (4 seconds cut off of every order! Bonuses all around, folks!) See, they can pretend they're sorry for the inconvenience, but "folks, IT'S! THE! LAW!". In addition, they can, at the same time, perhaps, advertise how damn green they are by not putting that 1/4 cubic yard of plastic in the huge local landfill daily. "We are so sorry! It's the law! We are green as all hell!" That's the ticket.

Could there not be a simple solution for restaurant services, in which, they may charge a few cents for straws? OK, that could be annoying. How about have some really solid ones that are not disposal, but kept with the silverware and washed and re-used? How about a lot of ideas without the treehuggers and governments getting in our faces? Why is there no outcry about plastic drinking cups, BTW? I've seen lots of those out there. Like I wrote in the last post, I like waste a whole lot less than the next guy. It's not by business though, if the free market is left to take care of it. For example, the whole bottled water thing irks me to no end. It's not the plastic, but the energy, my energy, involved in hauling this stuff around, when the Romans invented piping 2 Millennia ago, that chaps my hide.

I think this straw silliness is a great example of the Peak Stupidity blog's contention that it's all about the money, discussed in our post Green is the new Cheap-Ass.

Lastly, I promised to mention milkshakes. I've noticed that the straw that comes with a milkshake these days is one of the biggest in diameter and thickness. Those are the ones that are really bad, mmmkaaay? Why do they need to use those big-ass straws? Well, I'll tell ya', cause PEOPLE! DON'T! KNOW! HOW! TO! MAKE! GOOD! MILKSHAKES! anymore ... well, OK, in a lot of places. They are so damn thick that even those Grade-A industrial straws collapse, or the drinker collapses, whichever comes first. You've got to mix lots of air into the shake. That's what makes it great. You should be able to tap the side of the nice tall steel cup, or the glass, and here a nice thudding sound. If you don't, that is not a milkshake but a travesty. So make better milkshakes, people, and save YOUR planet!

Moderator
PS - Feel free to put links to interesting stuff in, but they won't appear as links here. I can cut-and-past as well as the best of 'em.

(I don't know when the last time was that I read powerline, though that's not a slur in particular. I just got hooked on a few sites that have new stuff every 1/2 hour, and I'm kinda settled on my favorites. That's not always a good thing.)

Oh yeah, my disgust for that remark by Comrade Dominguez is what makes me still a libertarian.
Moderator
PS - OK, I see you weren't joking, BernCar about Brigg's site. He may know his statistics, but just this on number 500,000,000 straws used per day, is not a statistic by my definition, but that is a quibble, I guess.

A 9 y/o giving testimony, huh!? What a hoot! At that age, I'd have been pressing the council to not take away those articulated straws - I remember when they were a new thing ... I think? You could play with them for hours, or until lunchtime ended and nap time began.
BernCar
PS PPS:

Correct that source to powerlineblog.com of August 5, current year, by Steven Hayward. Actually sounds like it could have been written here. I'll have to bookmark the site.
BernCar
PS PS:
I see that Briggs, who, by the way, is a number cruncher after A.E. Newman's own heart, actually quotes powerline.com, a blog that apparently quoted a newspaper article or some such report on the council meeting. But that's about as far down the rabbit hole of due diligence and giving the devil his due, etc., as I care to properly source, cite, footnote or credit..
BernCar
PS William Briggs (wmbriggs.com--"Statistician to the Stars!") quotes:

A little noticed detail in Santa Barbara’s recent drive to criminalize plastic straws, which culminated in the Santa Barbara city council taking testimony from a nine-year-old about the planetary menace, has come to light in recent days. During that council session, councilman Jesse Dominguez said the following in response to citizens who asked “what’s next?”:

“Unfortunately, common sense is just not common. We have to regulate every aspect of people’s lives.”