Why Social Justice Warriors Are So DEMENTED

You may have seen the guy who made this video, Paul Joseph Watson, before, as he's made multiple videos ridiculing these SJW's and political correctness. I've never run into any people like those in the video in real life, and that is just as well.

Mr. Watson is an expressive and funny guy, but keep the sound down if you work in, say, a nunnery or something like that. Just a word to the wise, or, more like it, to the not-so-completely wise.

Me vs. Everybody6 months ago
That woman who threw the trash can wasn't demented... she was possessed﻿.

Daren Sanchez1 month ago
She Wasn't Possessed, That's the way She Acts. I've been Possessed Before, I Didn't Even Act like That. That's the Reason Most People Convert to Christianity. I'm Glad I Converted So That Wouldn't Happen Again.﻿

FrigidYeti1 week ago (edited)
Me vs. Everybody - Maybe she just identifies as Satan.﻿ 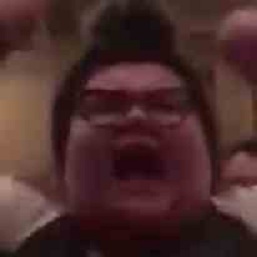 Moderator
In some ways, I'm glad not be around the University as much as you. Thanks for reading.... see ya.
Dan
Funny but true!!