America vs. China - not a static situation

This is just a little bit more regarding the latest Fred Reed article on the politics and economics of American vs. China. It's a comment under that article which erroneously praises the idea of central governments' power... of course, when run by the right people, which, is a matter of luck. The Chinese are into luck, but luck can run out at any time. 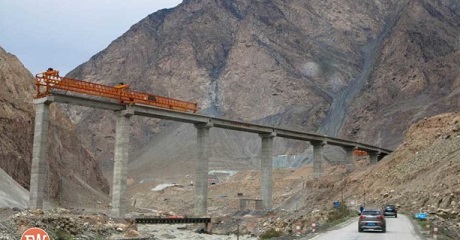 I am not knocking the observations of how things run economically in America vs. in China. I think the article does a good job on that. However, the whole analysis part seems kind of STATIC. I know Fred knows better, as he grew up in what was a different country and BY FAR the most powerful economically, precisely because it was when the US Feral Gov’t still left private (at least small) business alone for the most part.

You do realize, Mr. Reed, that the US was NOT created to be a democracy, but a Constitutional Republic? China WAS a totalitarian society, but things only got (WAY) better after Chairman Deng decided that the central government would start leaving people alone to do business. The Chinese are very good at business and are very hard workers.

Yes, the Chinese government runs much better, at this point, than the US Feral Gov’t after years and years (say 5 decades) of infiltration by the ctrl-left. All of our institutions have been infiltrated, governments, big-business, media, universities, lower education … all of it. China had it’s physical Long March, and 3 decades of hard-core Communism, but they got over it [economically, not necessarily mentally]. America has had it’s Long March on the down low, and is reaping the whirlwind at the present. Will we get over it? Maybe, but it’ll take guns. We got ‘em.

The winds of change have blown through. They can change direction again. For a place like America, it’s not going to take one powerful man (look how ineffective President Trump has been), but the people and a movement. Just as some have been unobservant of China over the last 2 decades, many will miss the changes here too.