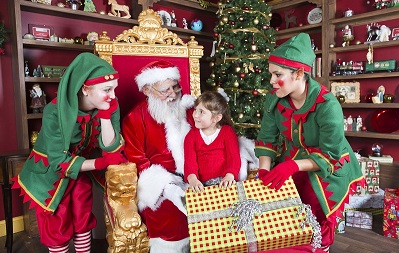 There's nobody yet stopping Americans, including "your" Peak Stupidity blogger, from saying Merry Christmas. It's almost gotten that far with the ctrl-left's long-running War on Christmas, but we should still feel grateful that it's not the case so far. We are not in the same position of having religious worship in secret as in Chairman Mao's (and still somewhat on-going) Red China or in the long dark days of the USSR... so far. However, the ctrl-left is not exactly lightening up either in their campaigns against Christianity and all things American. In fact they seem emboldened lately and have been doubling down.

Many readers of Peak Stupidity may be a bit miffed about all the writing on Commies and Socialism/Communism ( > 60 posts with these 2 topic keys ). As we've written in regard to The Neocons and their apparent lack of understanding of the facts with respect to modern-day Russia, the Cold War has been over for almost 3 decades now. Yes, we do know, and that was a hell of a relief too.

We've used the term "Commie" with respect to people who may be known by other just-as-derogatory (to us) terms. There are lots of "-isms" out there to describe lots of stupid philosophies of economics and government. Yes, it's most likely the case that most people in that Ctrl-left crowd have never read a book by Marx, Lenin, Engels or Mao. They haven't been using the phrases "from each according to his ability ..." or forming communes either. They are evil and stupid in their own way, but are they really Communists, as per Peak Stupidity's bandying about of this term?

Well, I'll tell you, the old-time Commies of the USSR, Red China, Viet Nam, and even Cuba, are not what they used to be. However, America is indeed beset by a new crowd with this same evil, stupid, contrary-to-human-nature ideas, as a few points here will illustrate:

1 ) It's been a long time since hard-core Communism was first implemented on a large scale by the first set of instigators and, as we've written, Commies [are] crawling out of the woodwork... it's about that time. Maybe the evil ones behind the scenes haven't really forgotten the ills brought on by this sick philosophy, but their newest useful idiots have either forgotten or never knew the history.

2) Bad economic times are in store, and have already been creeping in for a few decades in American at the formerly middle-class level. This is a great thing for those wanting to "change the world", just as it was in 1920's - '30's Germany. There is plenty of talk nowadays of how "capitalism is not working" so we should just try this other thing, as if we have anything like free market capitalism in this day and age. There are plenty of young people who know no different or better and take in this stuff.

3) Though the external Cold War was won by Ronald Reagan, with help from Maggie Thatcher, Konrad Adenauer, the old (REAL) Pope John Paul II, Lec Walesa of Poland, along with millions of American soldiers, sailors, airman, and engineers and technicians, the long march through the American institutions, the internal front of the Cold War, has been nothing but a retreat for America for 5 decades running.

A pretty big similarity with the ctrl-left of today and the old-time Communists is their disdain for religion. See, their Commie and other "isms" themselves are a religion for them, and a religion that does not tolerate blasphemy and worship of other gods. This explains the current War on Christmas by the left in this country.

Looking back this Christmas time at 24 years ago, we find a humorous (as usual) Seinfeld episode named The Race. As the brilliant writers of that show had one story about Jerry Seinfeld, there was also the hilarious part about Elaine's Communist boyfriend Ned. What I remember about this is realizing that the winning of the Cold War, only 5 years back at this point, was so thorough that even New Yorkers could laugh and make fun of Communism. A most serious threat had been reduced to Seinfeld humor in 1/2 a decade:

Again, this episode was right in time for Christmas, which could be mentioned without worry on TV back in 1994 even by New Yorkers. The best lines, to me are at the end of this scene:

Mickey: "I knew that Commie stuff was going to get us in trouble!"
Kramer: "Yeah, well I didn't realize it was such a sensitive issue."
Mickey: "Communism? You didn't realize Communism was a senstive issue! What do you think's been going on in the world for the last 50 years?! Wake up and smell the coffee!"

What a great time that was, 1994, just before I realized that the Feral Government was going completely out of control. That was 24 years ago, and my, have things changed! It's also been a century since the start up of this evil last go-around, and as The Who sang, "people forget".