It's not The King's Speech, but Peak Stupidity's favorite TV youtube pundit's monologue of a few days back may be more important to todays' society than some King's speech was somewhere. (I haven't seen the movie, so ...) 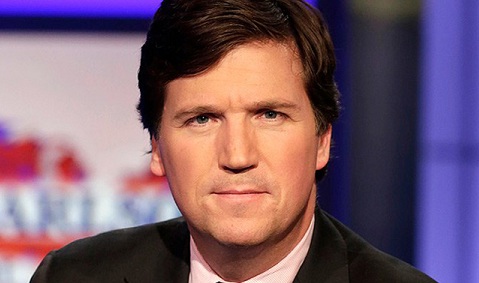 Read or watch Mr. Carlson: Mitt Romney supports the status quo. But for everyone else, it's infuriating It's about a whole lot more than the worthless cuckservative Mitt Romney. Now, per Steve Sailer's valued opinion, Mr. Tucker combines ideas of the left and the right, as also can be seen in his book Ship of Fools. No, he's no Socialist.

First of all, I’d rather read than watch (it's much quicker), so after that good read of Mr. Carlson’s very powerful monologue, I’d like to comment on it a bit as a Libertarian and no fan of any ideas of the left. The folks on unz.com have some kind of problem with Libertarians due to the fact that they don't understand who Libertarians are, for the most part (they see them all as the Reason magazine open-borders retards, for which the animosity is completely understandable.)

This latest out of Mr. Carlson is definitely amazing stuff that you won’t find bandied about on infortainment TV. Tucker’s criticism of Libertarians is justified if Mitt Romney and his political and corporate followers could be considered Libertarians. Big-Business markets are not the only markets and they are not free anyway, so crony capitalism is not really about free markets and libertarianism.

Tucker’s talk about first the social devastation in the big cities is fine. He did, for reasons of avoiding the name-calling, leave out the Nature side and only include the US Feral Gov’t Nurture as a cause of the disasters that modern American inner cities are. He states that Big Gov is NOT a cause of the ills in modern rural America, though. Here’s where I disagree with him. The influence of Big Gov may not be as direct in this case, but they still are the cause.

Did you note that, when talking about the importance of families, Mr. Carlson left out anything about family businesses? (I know, I know, it was a TV monologue, not a 50-page manifesto, so I’m not complaining.) Those are very important, as without family and small businesses, everyone is just a “wage slave” to some big corporate or gov. entity. When the Big-Gov/Big-Biz crony capitalism that people call “Capitalism” exists, family and small businesses are actively marginalized and destroyed. Regulations are made FOR, but also BY, Big-Biz in hand with Big-Gov to strangle any competition.

The latter is one thing that I give President Trump praise for not just talking about, but actively working for, the trashing of the huge burden of unnecessary, small-business-strangling regulation. It's something he cares about due to a whole lot of his experience with it in his real estate businesses.

I could see lots of confusion by people reading this post, and others by Libertarians, arguing “hey, we need MORE regulation of business, not less. We have to stop entities like Romney’s Bain Capital and (the movie versions) Blue Star airlines being broken up, and let guys build big ships again (end of A Pretty Woman).” You’ve still got to understand that with the Feral Gov’t so large and powerful, any regulation will be made to be accommodated for by Big Biz. It doesn’t matter how you write it – they have the departments of lawyers and accountants that Joe’s Finance or Joe’s Flying Service DOES NOT.

Why rural America is suffering is that manufacturing might has been shipped to China and elsewhere around the world. Tucker understands this part. Big-corporate manufacturing, as Tucker states nicely, does not give a damn about the Americans that could be working for them to maintain themselves and families as middle class. With help from Big-Gov, they’ve shipped most of it out. The extremely heavy regulation on small business has made them noncompetitive. They may have liked to keep the plants here, but it doesn’t pay. Are you going to force them to lose money? Mr. Carlson left off his talk with a warning about Socialism, and I appreciated that greatly.

Back to rural American, to add insult to injury, Wal-Mart and Amazon (Wal-Mart II), along with the 3 dollar-store chains for the really low-end, have eviscerated family retail business. These are Big-Biz giants, and they will work hard to prevent any upstarts from getting competitive.

What are people left with? They can fix-up their, or flip other, houses as one remaining investment vehicle and place to put their labor. We see what happens when government lays down the moral hazard in that industry (see Housing Bubble 1.0, and recently, it’s current instance).

Almost all of the financial pain has Big-Government plans, whether evil or just stupid, as the basic root cause. It doesn't seem like Tucker Carlson gets ALL of that, but he's a real truth-seeker and may come around to that understanding.

Even though Peak Stupidity doesn't agree with Mr. Carlson 100%, were he to get into politics, it could only be a good thing. We wish him well, and appreciate hearing some truth from a guy that is inexplicably still on TV! As for Mitt Romney, the less said about him, the better.

Moderator
PS: I used to subscribe to Reason magazine, and, as I recall, it was there immigration stance that made me send back that an issue and tell them to piss off. Yeah, you do wonder if they were bought off - good point. I wrote a post way back under "Immigration Stupidity" on that Sierra Club deal, but it sounds like you know about that. I guess money is more important than cause for the organization itself.

Yeah, this immigration issue is the one that must be solved, if even possible at this point, in order to make it even worthwhile to think about the rest.

Great comment, BC. Thank you.
BernCar
PS: Yes, this, 1000 times. And, by the way, I am also confused by the hating on the libertarians. Yeah, I know, they have their share of asses-show me a group that doesn't-but when I look at the old sites like Lew Rockwell and others, sites that were old-style libertarian (let's say little "l" libertarians or paleo-libertarians), I see people who are right in line with this site and Sailer's and Z Blog, etc. NB: I hold no brief for the Libertarian Party, "Reason" magazine, Cato Institute, etc. Maybe these institutions were bought off like the Sierra Club on unnrestricted immigration. Anyway, internecine fights over drug legalization, can wait until the current crisis is over. Surely that issue is separable from invade/invite the world, big tech censorship, giant corporations running roughshod over Main Street and the general beat-down of let's call it Heritage America.