Stopping the complete replacement of Americans 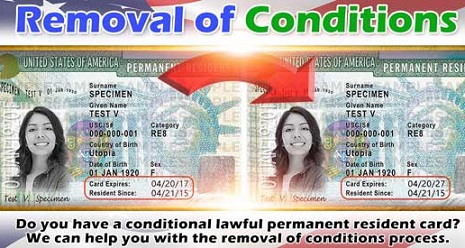 This short post today could easily be a summary of the whole purpose of VDare.com, one of Peak Stupidity's favorite political websites (#2 on the blogroll on the right --->). I'll just preface it with a word or two about my tremendous disappointment in President Trump. If he'd really had it in his head to do what I'm posting below, starting 2 years and a coupla' months ago, and been 1/2 the art-of-the-dealer he boasted he was, the world would already have been changed for the better.

In a series of posts called Ronnie vs. Donnie (Intro, Part 1, Part 2, Part 3, and a Conclusion), and starting from a boast of President Trump's, Peak Stupidity compared Donald Trump to Ronnie Reagan. We found Trump the loser in this comparison by far.

President Reagan, with the help of Maggie Thatcher, Helmut Kohl of West Germany, the old anti-Commie (what a refreshing though) Pope John Paul II, Pole Lech Walesa and millions of American soldiers, sailors, airmen and mechanical/electrical engineers and technicians won the Cold War against very big political odds, just in the US alone! That was the most important issue for any sane American of that era. President Trump, with a Republican (yeah, mostly cucks, but still) House and Senate, did pretty much, well, SQUAT on the most important issue of THIS CURRENT ERA!

This prescription for stemming the tide is just for the record, I guess. It's pretty much what Ann Coulter, PS #1 pundit, would put in a summary, too, and the President had her ear to some extent until he got butt-hurt about her criticism of his accomplishing, well, SQUAT, on the existential issue of the immigration invasion. Would that the President read Peak Stupidity (we don't care about any nasty tweets back - we're not tuned in to that shit - I don't even want to know what's the frequency, Kenneth?!"

Here’s how it’d have to go, people to have any chance of fixing things: When you are in a hole, the first thing you do is STOP DIGGING! That’s what the border “wall” (a decent working barrier would be fine) is about. This must be done before or simultaneously with the next steps, or there is just no point.

The next steps are:

1) There are tens of millions, call it 30-40, of illegal aliens in America. They must be deported upon arrest for any crime, or upon failure of an E-verify check, upon notification to ICE from anybody, or anything else other than random stops just for Orwellian “citizenship checks”. Once this starts happening in earnest, there will be millions who will realize it might be better to go home under their own power than to be caught in this system, with its “indignities” and such.

2) I don’t just mean Hispanics that came across the southern border. There have been millions of illegal entries due to overstaying of Visas of all kinds – student, fiance, work, and tourist visas. Information on most of these people is KNOWN. Finding them can be a different story, but it’s the job of the Feral Gov’t to take care of this. Also see (1), as in, once this is seriously underway, many (especially the tourist overstayers) will want to get out to keep their “good name”.

3) There are millions of legal resident Green-Card holders, foreign “nationals”, that is. 10-year Green-Cards should be rescinded, with a few month’s warning. The 2-year card holders should be scrutinized, by computer, and then by people, to discern whether they legitimately ought to be here.

4) Just as important as the border barrier is: An immigration moratorium of indefinite duration – I’d suggest 5 decades as a start – bringing numbers of legal immigrants down below 100,000 to max 1/4 million yearly must be put into law. 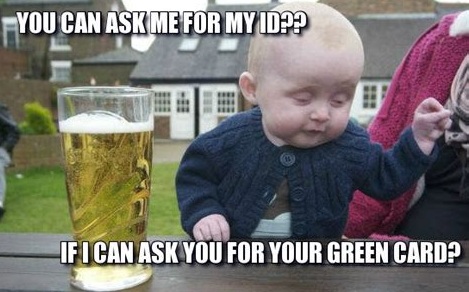 As much as the courageous legislators and executives who could get this done would be called every name in the book, all of this is perfectly Constitutional and one of the few areas that the Federal Gov’t SHOULD be involved in. Hear me now, or believe me later, this stuff must be done, if America is to survive in any form most of us think of as America. If President Trump had gotten this going, I’d be his 2nd biggest fan in the world, rather than thinking he’s a retarded liar and a coward.

Moderator
PS: I'm glad to see you are still reading, Sir. All that I mention here is stuff the VDare writers could tell you any day too. The thing is, the talk about self-deportation was so closed to being serious talk about reality during the Trump campaign. It's been so very disappointing, especially lately.

I think the talk about how much a wall/barrier would cost (peanuts, really) and the other logistics are just the other side's way of running out the clock.
BernCar
PS: The four points are feasible. Everytime someone mentions deportation, a naysayer chimes in with, "Well, we can't fly back 30 million illegal aliens." Maybe not, but, as you point out, once the gov't and the populace are seen to be serious about it, there will be self-deportation on a large scale. No, the means and methods are not the problem, but there is a faction that thinks, or wants us to think, that it is impractical to take steps to correct the problem.