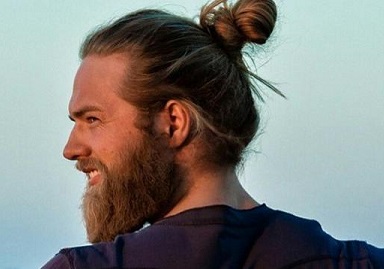 You see a lot of this hairstyle on younger men these days. It's a "man-bun", as that clump of hair on the back of the top is called for women. On women it is not particularly sexy (I'm sure not meant to be) but on men I think it looks damn weird. It's not effeminate, I guess, but "may I ask why?" I suppose this is about the most Curmudgeonly thing there is to say, and yeah, we've been through this before. 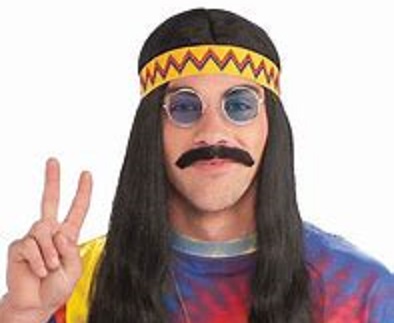 I wasn't around for it, personally, but could you imagine the thoughts in conservative's/curmudgeon's heads upon seeing the first really long-haired guys walking around. The disdain level had to be off the charts. Then there were The Beatles and other rock&roll combos (they used to call bands that). Once the women were OK with it, then all bets were off, and it's hard to make fun of a large group of guys with long-hair, unless you have an even larger group.

I suppose, then, that I should feel the same way that most men felt about the long-hair by 1968 - the women don't care, it saves money on haircuts, and if you can't beat 'em (cause they sometimes fight back), join 'em. Still, I don't see any reason to want to look like one of these guys today with this type of hairstyle. I don't think I will ever come to appreciate the man-bun. It's just another small piece of stupidity, and as the kid at the grocery said, as I wouldnt' let him card me for the 1/2 case of Miller High Life, "You need to know how to pick your battles."

Moderator
PS: Well, I'm sorry I missed that era, Mr. Blanc, for the reasons you describe. You are right that the default for men through history has got to be long hair and beards too, as when did it get easy to shave?

Thanks for the comment. I enjoy your stuff under iSteve, and have agreed with you there almost all the time. Keep the comments flowing in.

MBlanc46
PS I was a long hair back in the late sixties and early seventies. The women were not only okay with it, many of them seemed to find it arousing. Not only did it save money on haircuts, you could ask a girl you fancied to cut it for you. Short hair for men doesn’t have deep biological roots. between the Romans and the late 18th century, men wore their hair long.