Run-in with the PrinciPAL - Part 2 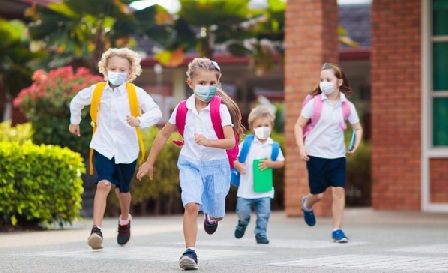 (I may find a more appropriate picture later.)

This post is an expansion of what I wrote in the previous post, The Principal is no longer my Pal, but really more of a continuation of the comments section underneath that post. I thank the commenters for the good discussion.

I will answer Cloudbuster's opinion that during the incident I should have just taken the kid and whatever (probably minor in the short-term) consequences. I used the expression "learn how to pick your battles" from that old post.* Mr. Blanc has wisely told me to that "that's not the hill to die on" regarding something else. "Yeah," the reader, including Cloudbuster, might say, "you're the supposed tough guy telling us not to keep taking this shit." (Yes, I can read the commenters' minds. Why do you ask? Ooops, I know why.)

Let me get back to the details. In the first incident, my kid was still on other side of the fence, with the opening right there though. Yeah, I could have just walked the 6 ft and got him, or commanded him to come over against the wishes of the PrinciPAL standing right there. Believe me, it's not that I don't want to teach him rebellion and cynicism - he's already picked up loads of that! Just the fact that I wasn't wearing the mask among all the others that were showed him that too. Something inside just told me to hold it in on this one. Contrary to Mr. Blanc's praise on my keeping my cool, I really have a hard time with that though. Here, I did, figuring "OK, well, I suppose there were plenty of emails that I don't ever read telling me the parking and kid pick-up/drop-off traffic and all that jazz. I'm gonna chalk that up as my fault".

I know, just a few decades ago bureaucracy like this would have been considered asinine, and nobody would have been there anyway, as my kid would have just gone on his way home by himself. I held my temper completely and amazingly.

The 2nd run-in was the doozy. It WAS getting stupid, like an alternate version of Dirty Harry Callahan being run around the city of San Francisco, from phone booth to phone booth by that deranged killer. I first did just refuse, and I was telling my boy we'd just keep going. However, something in me said that causing trouble for him later** was not worth it this time. What I don't like is that I wavered back and forth on it, that's all. I didn't keep my cool the whole time, or just resist completely. I said words to the effect of "this being stupid" and "sure, we'll walk all the way around."

The lesson is not lost to my boy that you do have to put up with some stupid things, but you've got to know when to take a stand (pick your battle, die - or, hopefully not - on that hill). My stand was not wearing the mask, and I think that was what was bothering everyone around. One Mom and her girl from my son's class, in their closed up vehicle with masks on,just kinda stared at me, as I went by on the first trek to meet him on the other side, like I'm nuts. (Hey, she's not even close to a MILF, the lady, so that didn't bother me a bit.)

There's not a back-up plan yet, Cloudbuster. That's part of the problem I like your ideas and how you handled things. I've homeschooled some during the past Spring, as described in some unz comments (but I'll be danged that I never described it on Peak Stupidity). We've praised homeschooling in 3 posts on "Poking the Beast in the eye with a big stick" - Part 1, Part 2, and Part 3. It's just that we are not quite set up to have that as a plan B, or really a BETTER plan. I would like to expound on that in a later post about prepping and the on-going awakening of my wife, finally.

Without a Plan B, it's best not to do rash things like get on the outs with the school, YET. By "yet", I mean that I can foresee this happening in the pretty near future, maybe a couple of years. The battle that I will pick will be over the grief we are likely to get when the political incorrectness we have instilled, errr, let's say pays off. There will be trouble for this boy and/or his parents when the time, not very far off, comes when the schools start trying to indoctrinate the kids even harder into the "woke" world. That's when a back-up plan needs to be in place, so I can have it out, and say "screw you all, see ya'!" when it's the right time.

I appreciate all of these constructive and suggestive comments.

* The gist of it was that checkout kid at the grocery store who was 1/2 my age, told me that in reference to my causing a small fuss for being ID'd when obviously over-age for buying beer. I did have a point (it's none of that State's business WHO buys alcohol, only who is at least 21), but was it worth causing any trouble about? Not for me it wasn't, but if more people did that, we wouldn't put up with an encroaching Police State. This was right at 19 years ago, and here we are ...

** No, it's not like stories I've heard from China - the kid would not get called on in class, because his parents were poor and didn't give gifts to her. It'd probably just have meant that he may be seen as that kid with the "nasty" trouble-maker father and embarrass him a bit.

Moderator
PS: Alarmist, that's just what I've been thinking lately, about some cash that's getting 0.2% or something in the bank. (I was so disgusted with the 2.2% - whoopdie-freakin'-doo! - CD rate going back to 0.5% that I just took the money out, though I had no better idea - I don't want to get in too much detail about other options ...)

Anyway, if they can have everyone giving up on saving the value of his labor, without it evaporating via inflation in a couple of decades, they will have the serf population that they desire.
The Alarmist
PS

I’d like to think it helps to have FU money, but TPTB have already signaled that it will be great to live in a world where we own nothing and stuff is delivered to us. I read that as, they’re going to strip us of our savings and assets and use things like digital currency and social scores to lock you out of livelihood and even life if you don’t toe the line.

If you don’t already own land in the countryside, you might start looking.
Adam Smith
PS: It's good to hear your wife has opened her eyes lately.

I understand it is imperative to have her on board.
Peace and tranquility are essential for a happy family.

We are living in truly strange times when simply showing your face in public is considered an act of rebellion.

☮
Moderator
PS: Thanks, Mr. Smith. I don't know if you are/were married, but I can tell you that you have to have the wife on board with some of this stuff. The current school is a very good one (quality of kids wise) that I've paid more than my share of property tax for.

It is great that my wife has opened her eyes lately and may see that homeschooling is not just doable, but a good thing for kids. Neither us are big "people people", so organizing outdoor activities or science labs etc, that homeschooling or small-school parents would want, may have to be up to someone else. That's where other people home-schooling would help everyone out. Unfortunately most people need (or think they need) the day-care aspect of Government Skooling.
Adam Smith
PS: Good evening Mr. Moderator...

I hope and pray that one day soon you can make your not yet realized Plan B a realworld, reallife Plan A. "Government" skool is child abuse.