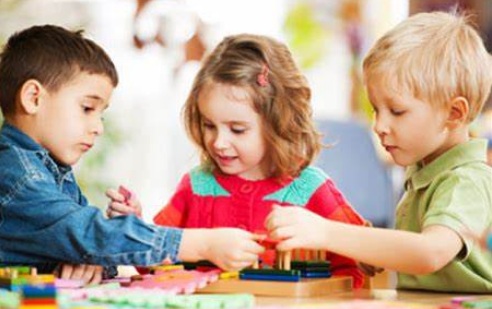 I know, I know... I don't care what Mr. Rogers or some fat-assed bird on Sesame Street told you. It's no longer nice to share. It's not just not nice, it's DANGEROUS, I tells ya'!

The kids at the elementary school are not supposed to share pencils or their sharpeners if another kid is out, or he's broken his tip. Too bad. We are all individuals with all our own stuff that MUST NOT BE MINGLED. The stories of the stupidity going on right now are bad. Take gym, please! (OK, actually, way back, I was the only one who could climb the non-knotted rope up to the steel beams, so I liked it.) The rubber ball must be kicked only. One kid caught it with his hands*, and the teacher corrected him. My son did not mention whether the teacher then proceeded to sterilize the ball in a bath of 75% alcohol or not ...

I noted in our recent post Tagless Recess during the PANDEMIC that both the maintaining of 6 ft. Kung Flu Clearance and the wearing of face diapers is required OUTSIDE, for crying out loud, on the playground. My boy had suggested he'd sneak and play a game of chess with his friend. Being facetious, I suggested one kid make a move, then move back 6 ft., then the other guy ... (still quicker than the old postal chess, by a little bit). "Nope, but then we're sharing the pieces." He didn't mean that he agreed with this stupidity, but was just pointing out the violation that he and his friend would be part of.

However, it's still cool to touch the playground equipment, one at a time, mind you, 6 ft. apart. What the fuck is it?! Is this thing extremely contagious on surfaces or not? I think if you're gonna be hysterical, you ought to be at least consistently hysterical!

Well, I could go on, but I'll just mention that I put the Female Stupidity topic key here, because I just think this stuff wouldn't happen like this with more male influence. There'd be just too many guys who'd let it all slide - gotta get actual things done, you know? The women are awfully compliant sometimes.

That brings up the latest incident that I got involved in. Perhaps my temper is a bit idiosyncratic, as maybe I should have blown off the PrinciPAL the other day. This time, as my kid wanted to give me his face mask to bring home, I first asked him to take care of it himself. (I don't carry his stuff around. He's got pockets.) Shouldn't these, after all, be getting thrown right away into steel BIO-HAZARD! trash cans right there in the parking lot, if this were the Black Plague 2.0? Just as with the touching and sharing, it's the back-and-forth, inconsistencies that show us how much of a farce this whole thing is.

Then, I just took his face mask and threw it in a small bush nearby. I'm normally not a litterer, but I just had a bug up my ass from all of this. The used face mask was very visible on top of the bush there. The same Mom from that other post who is nice enough, but a flaming lefty, scolded me like a schoolkid that "that's not where that goes". I stuck the mask deeper into another bush in front of her and everyone. "I'm done!", I said, pretty loudly, as that was just enough for me. I don't think we'll be speaking again.

So remember, there are dangerous bio-hazards in the classroom and on the schoolyard ... called "kids". Therefore, they must stay separated and contained. Their stuff must be separate, till, I dunno, they get home and throw it all hap-bio-hazardly in their rooms.

"You've all been told to share, even when you didn't want to, for the last 9 years, or at least by kindergarten. It's all changed. COVID-19! Forget all that stuff. Big Bird is dead. COVID-19. Mr. Rogers is dead. COVID-19. Schoolyard fun is dead to us. COVID-19. Learn it, live it, Comrades."

Oh, my boy's friend's Mom must have been worried about the rules, as my boy said his friend didn't want to play chess on the playground after all, per his Mom's advice. It's all getting painfully stupid ...

(My son would have kicked his ass anyway.)


* See, this is the problem I have with Communist Kickball. You can't throw or catch the ball. That's stupid - I'm sorry if this offends any soccer, excuse me, Foootbol, players. There are some crazy conspiracy theories, cough, Ron Unz, cough, cough, out there about the Kung Flu, so I'll just add another one: Is the whole Infotainment PanicFest a conspiracy to get Americans to play more soccer?! Bastards!

Moderator
PS: Yeah, Alarmist, I'd have had a post on dodgeball had the blog been around 15 years ago. I'm guessing that at other than private schools, it's been gone that long.

So, I won't even get you all started ... haha.
The Alarmist
PS

And don’t get us started on what happened to dodgeball.
Adam Smith
PS: Good morning Mr. Krug, Mr. Moderator...

I'm usually not much for littering either Mr. Moderator.
But I understand. I'm done with this too.

Robert, I agree wholeheartedly! Evil is stalking our land; and good men, myself included, are doing too little to stop it. Acquiescence with evil is not an option, but boycott alone is not enough. I wish I knew the solution.

☮
Robert
PS: Mr. Moderator; Yeah, Maybe 6 inches on a good day.
Moderator
PS: I wish I was that age again to find out, Robert. Actually, maybe it'd be a bad time.

A friend just mentioned something about England and prohibitions on sex. You have to be pretty well endowed indeed to do it with 6 ft. Social Distancing.
Robert
PS: Ok, This kind of stuff just irritates the piss out of me. Evil is stalking our land; and good men, myself included, are doing too little to stop it.
Robert
PS: So, are college kids now forbidden to share their precious bodily fluids? Do they do it anyway? Asking for a friend.