This is beyond me, Big Ed. 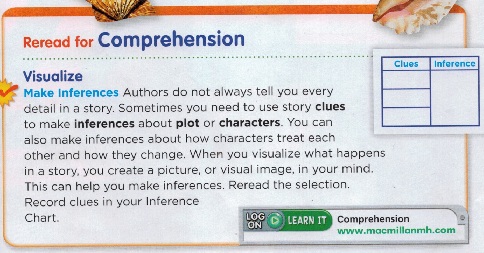 The above image is from a workbook for a 3rd-grader. It's a new year, but he's catching up on some school work from last year. We didn't make a resolution on this procrastination thing for him, as he's got a number of more high-priority resolutions.

The reason for the procrastination is perfectly understandable to me at this point. The blurb there is from a writing assignment, more than a reading assignment. With his math skills top notch, and his interest in, and understanding of, a little science satisfactory also, it's the writing that's come last for him. He seems to hate it.

It's not the handwriting, which is C- level on a good day. His spelling is pretty good, and, as I told him, "the more you read, the better you'll be at spelling." He's been putting this writing off, though.

"Hey, it's just a couple of sentences that they want. Look at me on my blog here. I think about what I want to write about, get some sentences in my head, and start writing." "No, but I can't just write about what I want." "OK, just answer the questions they've got about the thing you read." I looked at the book to help him out or at least see what the hold up was.

I saw that blurb of hifalutin Ed School brain-storming out of a Master's Thesis hypothesis. "Inferences"? Really, for a 9 year-old? Listen, I know the writer of this book spent a lot of his or the taxpayers' money on an advanced degree. You want to get your money out of this. Putting this kind of thing in the elementary school kids' books is, I'm sure, a big feather in your cap. Please, though, just STOP!

You can leave that Big Ed stuff in the book proposal, or in your resume in which you note how you used advanced teaching methods in your book, so it's simply the best, a paragon of excellence, in fact. Fine, but please don't actually put this crap in the book itself!

The first idea is for the kids to just plain READ. My kid can read very well, thank you very much. Then, since this is even more about writing, you ask questions about the passages to test both reading comprehension and writing ability. He'd have been able to accomplish that. However, when you put in this Big Ed theory of reading, or whatever it is, you just confuse even the smart ones... and their parents! I can't help my kid with this stuff. I get the terms, but I don't even WANT to think of clues and inferences. I completely understand his procrastination on this shit now. I hate it more than he does, I think.

Homeschooling looks better and better by the year and with each passing PanicFest.

MBlanc46
PS Not like anything we did on Miss Cinnamon’s 3rd grade class back in the Dark Ages.
Ganderson
PS. I went to ED school to get certified after I got my BA. My first 10 years I taught snotty New York City private school kids (actually even though most of their allowances were larger than my salary, most were nice kids) so I had to take ed classes. With two exception, They were awful, uninteresting and unrelated to teaching. The two exceptions were a class called Foundations of American Education, which was a survey of western philosophy, and my methods class, in which I learned some practical things about the job.
I couldn’t bring myself to get a masters, though, I hated the classes too much.

Pretty much all teacher training should be intern based.
Moderator
PS: Mr. G., I'd thought on your previous comment you were referring to the situation in the Ed Schools themselves. Yes, there is too much busywork, even at the elementary school level. They want the parents to feel like it's a good school, and that the education level is high, I guess. That doesn't mean anything about what the kids get out of it.

Thanks for the anecdote. I'm sure you have lots more after your career in the field. BTW, I keep forgetting that you have a son over in China. If you have any current insight from his reports, I'd love to hear it.
Robert
PS: Mr. Alarmist. Your bit about the hickory stick, reminded me of this couplet:

A woman, a horse, and a hickory tree.
The more you beat 'em the better they be

Probably best not tried these days.
The Alarmist
PS

The MSc Ed. who developed that coursebook seemed to skip the classes where they discuss the Piagettian Stages of Development. Let’s see if I remember it correctly:

Your third-grader is still in the Concrete Operational stage (ages 7 to 11), where children begin using inductive logic, or reasoning from specific information to a general principle. Inferences, as portrayed there, strike me as something developed in the subsequent Formal Operational stage (ages 12 & beyond), where children begin to use deductive logic, or reasoning to get from a general principle to specific information.

I was running on the treadmill the other day, and for some reason my breathing took on the pattern of that old chestnut, School Days, which includes the classic couplet ...

“Reading and writing and ‘rithmatic,
taught to the tune of a hickory stick.”

The world seemed to function better when “Educators” were less learned.

To Mr. Ganderson’s point about homework, I didn’t bring books home most days back in the good old days. Homework was something you could knock off in a few minutes at lunch or in a few minutes in the library before heading home.

Ganderson
PS. Let me give it a shot:

First of all UMASS came back to edge the Huskies 4-3.
And... to answer your question, Mr. Moderator, in international competition I first and foremost root for the USA- I root for the Swedes unless they’re playing the Red, White, and Blue. I only root for Canada if they’re playing the Russkies. Canadians have this really annoying attitude that they’re the only ones who can play hockey. In fact during the “Original Six” era, 1946-1968, that hockey fans get all weepy about, there was an unofficial ban on Americans in the NHL- the US Gold Medal winning squad of 1960 (yes, 1960, not 1980) had a number of NHL (I’d even argue STAR ) quality players- Eveleth, MN’s John Mayasich and Cambridge, MA’s Billy Cleary, just to name two. Only Tommy Williams from Duluth had anything resembling an NHL career- Mayasich and Cleary knew the game was rigged and didn’t even try. Anyway, expansion and the WHA opened the league up to all manner of foreigners. But still today that irritating attitude remains-UMASS’ Mario Ferraro was the last player cut from the Canuck World Junior Team last year- I believe because he was an NCAA player.

As for my theory on modern ed- and again these are comments about the system as it’s constructed, not the current semi remote/lockdown / social distancing madness currently being implemented:
In a typical good public high school I think most of you, unless you’ve have/had kids in school recently would be stunned at the amount of schoolwork done by, say, the top 20% of a given class; I’m talking 2-4 hours of homework a night, minimum. I don’t think I did that much HW in all 4 years of secondary school! Mind you, I think much of the work is useless busy work, and in my teaching career I didn’t particularly care about daily assignments- just whether you knew the material.
Here’s the deal, though, the other 80% of the student body does very little- and, since one cannot fail 80% of one’s pupils, you wind up giving out passing grades to people who don’t know anything.
As for your story, Mr. Moderator, an anecdote of my own would serve.
In MA we have a comprehensive set of exams known as MCAS. For reasons too silly to get into here, the administration of said tests is really disruptive, involving the movement of classes into different rooms.
One year I had a regular, not advanced nor AP level English class in my room; it was my nap...errr...preparation period, so I stayed in the room and was able to observe the teacher, who was not incompetent, lead his charges through a discussion of the book The Things they Carried. Pretty good Vietnam semi-memoir, written by a very gloomy Minnesotan. It was clear to me, though, that the kids in this class found the book WAY too hard- most of them didn’t have the wattage, intellectually, to understand the material. Not to mention many didn’t even read it. I guess that the teacher could give all those kids Fs for the day, but there is enormous pressure on teachers to pass kids, even in the so-called good schools. So, for the kids in that class, while the material was too hard, the grading was too easy.
I hope I’m making sense.
I’d also argue, and this is for another day, that we keep many kids in school long past the time when it is of any benefit to them.
Brawndo Tall Can
PS The garbage in garbage out society is no accident as clueless dullards are easily controlled and never question anything.
The controllers are getting anxious now for the concerned Karen and good feelz über alles more for them less for us utopia.
Many fence sitters and normalcy bias cognitive dissonance "normies" are now awake due to the overreach.
They should heed their favorite republican and know that you can never fool all of the people all of the time.
Robert
PS: Visualize whirled peas, is all that comes to mind. But, perhaps that is a clue that would allow the teacher to make an inference about my character.
Moderator
PS: Feel free to go into detail. In the meantime, enjoy the game - I don't know if you were glad the US team beat Sweden or not.
Ganderson
PS I have a theory that modern Ed is simultaneously too easy and too hard . I’d be happy to go into more detail sometime, but I’m currently watching the UMASS- Northeastern game, currently knotted at 2 in the third.